Guest Release and Waiver of Liability, Promise Not To Sue, Assumption of Risk, and Indemnity Agreement

To provide the most fun and interactive experience possible, we require that each person that purchases a ticket to or enters PICTURISTIK (we refer to each such person simply as Guest ) agrees to this Guest Release and Waiver of Liability, Promise Not To Sue, Assumption of Risk, and Indemnity Agreement ( Agreement ).

PLEASE READ THIS AGREEMENT CAREFULLY. THIS IS A LEGAL DOCUMENT AFFECTING THE LEGAL RIGHTS OF EACH GUEST THAT PURCHASES A TICKET TO OR ENTERS PICTURISTIK.

Guest is aware and understands that PICTURISTIK is an interactive installation experience that inherently involves potential risks and dangers.

Notwithstanding the risks and dangers inherent in experiencing PICTURISTIK, guest agrees to assume any and all risks connected with the PICTURISTIK experience, even if arising from the negligence of any releasees named below or others.

Guest agrees to waive, release and forever discharge any and all claims, now known or hereinafter known in any jurisdiction throughout the world, against the company and its officers, members, managers, employees, agents, contractors, and the owners or lessees of any premises used for PICTURISTIK (collectively, releasees) in connection with or related to PICTURISTIK, whether arising out of the negligence of any releasees or otherwise. Guest also promises not to bring or assert (or permit a third party, including guest’s heirs, family members, executors or administrators, to bring or assert) any claim, demand, suit or action whatsoever that guest may now or in the future have against the releasees that arise out of or are connected with PICTURISTIK or the use and exercise of the rights granted to the company in this agreement. Such claims, demands, suits and actions include, but are not limited to, negligence, libel, violation of privacy rights, emotional distress/pain and suffering, loss of/damage to property, death, or bodily injury.

Guest understands that the release and waiver of liability set forth above covers claims which Guest may not know about or suspect may exist at this time. Nevertheless, Guest expressly waives and relinquish all rights and benefits under Section 1542 of the California Civil Code (or any comparable law), which reads as follows:

A general release does not extend to claims which the creditor does not know or suspect to exist in his or her favor at the time of executing the release, which if known by him or her must have materially affected his or her settlement with the debtor.

Guest understands that, for purposes of this Agreement, the terms creditor, his/her and him/her as used in the above-quoted language refers to Guest and Guest’s heirs, family members, executors or administrators, and the term debtor refers to the Releasees named above.

Guest agrees to hold harmless, defend, and indemnify each of the releasees from any loss, liability, claim, damage, judgment, legal fees or costs arising from, incurred due to, or otherwise in connection with PICTURISTIK, whether arising from the negligence of any releasees or otherwise, to the fullest extent permitted by law.

Guest understands that Guest may be photographed, filmed, or otherwise recorded at PICTURISTIK. Guest understands and agrees that all photographs, audio recordings, and video footage taken of Guest while at PICTURISTIK, and any works derived therefrom, will be the sole property of the Company and that the Company may, but does not have the obligation to, share such photographs, audio recordings, or video footage with Guest. The Company or other parties may use such recordings as provided in Section 7.

When Guest appears in, creates, uploads, posts, or sends any photographs, audio recordings, or video footage depicting or relating to PICTURISTIK, Guest grants the Company the unrestricted, worldwide, royalty-free, perpetual right and license (with the right to transfer or sublicense) to use Guest’s name, likeness, voice, and all other aspects of Guest’s persona for the purpose of operating, developing, providing, promoting, advertising, and improving PICTURISTIK or any other products or services provided by the Company or its sublicensees (in either case, now known or developed later). This means, among other things, that Guest will not be entitled to any compensation from the Company, its affiliates, or its business partners if Guest’s name, likeness, or voice is used in PICTURISTIK promotions, whether on the Company’s website, social media channels, or otherwise.

Guest represents that Guest (and any children or other people under Guest’s responsibility or control): (a) is not under the influence of any alcohol, drugs or medications that would alter their senses or judgment, (b) is not aware of any physical, emotional, or other condition such as claustrophobia, a heart condition, back condition, history of seizures, and/or sensitivity toward flashing lights that would create a hazard to Guest or others as a result of experiencing PICTURISTIK; (c) is physically fit and able to undertake conditions involved in experiencing PICTURISTIK; and (d) will act responsibly during his or her visit to PICTURISTIK.

Guest authorizes and consents to emergency medical care and transportation to obtain treatment in case of injury, as the Company may deem appropriate. Guest expressly agrees to be financially responsible for such care and acknowledges that Guest is solely responsible for carrying his or her own health insurance. The waiver and release of liability in this Agreement extends to any liability arising out of or in any way connected with any such medical treatment and transportation Guest receives or any failure to provide such treatment or transportation, whether arising from the negligence of any of the Releasees or otherwise.

This Agreement states the complete understanding as to its subject matter, and may only be modified (or any provision waived) by a writing signed by the parties. Guest understands this Agreement is legally binding on Guest, and Guest’s heirs, personal representatives, and assigns, and all matters arising from, relating to, or connected will be governed by and interpreted under the laws of the State of California, without regard for any principles that would cause the application of the laws of any other jurisdiction. Any claim or action (regardless of form) connected with, arising from, or relating to this Agreement or PICTURISTIK will be filed only in a federal or state court located in the County of Los Angeles, State of California, and the Company and Guest irrevocably consent and submit to the personal jurisdiction of such courts and waive any claim that such courts are an inconvenient forum or venue.

Guest hereby consents to contracting and transacting electronically. Electronic signatures, whether digital or encrypted, are intended to authenticate this Agreement and to have the same force and effect as manual signatures. To be clear, Guest will be deemed to have consented to the terms of this Agreement by purchasing a ticket to or entering PICTURISTIK. Guest hereby consents that marking that they have read, understand, and agree to this agreement constitutes an electronic signature and consent to abide by the terms of the agreement.

Guest agrees that he or she is over the age of 18 and/or the parent or guardian of a Guest that is under the age of 18 ( Minor ). If Guest is a parent or guardian of a Minor, Guest acknowledges and agrees that: (a) Guest consents to the Minor entering into this Agreement; (b) Guest guarantees that the Minor will not at any time disaffirm this Agreement by reason of the Minor’s age, capacity or otherwise; and (c) Guest, on behalf of Guest, the Minor and the Minor’s heirs, family members, executors or administrators, releases and holds harmless the Releasees from any and all liabilities incident to the Minor’s PICTURISTIK experience, as provided in this Agreement, even if arising from the negligence of the Releasees, to the fullest extent permitted by law.

BY PURCHASING A TICKET TO OR ENTERING PICTURISTIK, GUEST UNDERSTANDS THAT HE OR SHE IS VOLUNTARILY GIVING UP SUBSTANTIAL LEGAL RIGHTS, INCLUDING THE RIGHT TO SUE THE RELEASEES.

Join in the Photo Experience

I love Picturistik! I will be taking my whole family back. We got so great many photos.
- Sophia G. 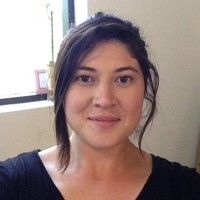 Went on the perfect date here! The art was so fresh and unique.
- Karina M. 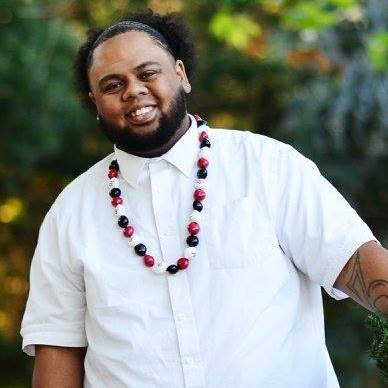 My favorite room was the comic room! What a cool room, along with all the other. Great experience. Would definitely recommend
- Jan S.